In Part 1 of the Displaying Point Data series, I showed techniques on how to better display overlapping point data. These points were not intended to be emphasized, only to give the impression of where events were concentrated. However, within the data is a subset that I wanted to display prominently on the map. This part of the series will cover:

First, I created a selection of the points of interest, and created a new layer. I then download the firefly style and added it to my style library.

After sampling several of the firefly symbol options, I decided to create a new symbol using the FireflyShimmer_0 as my starting point. 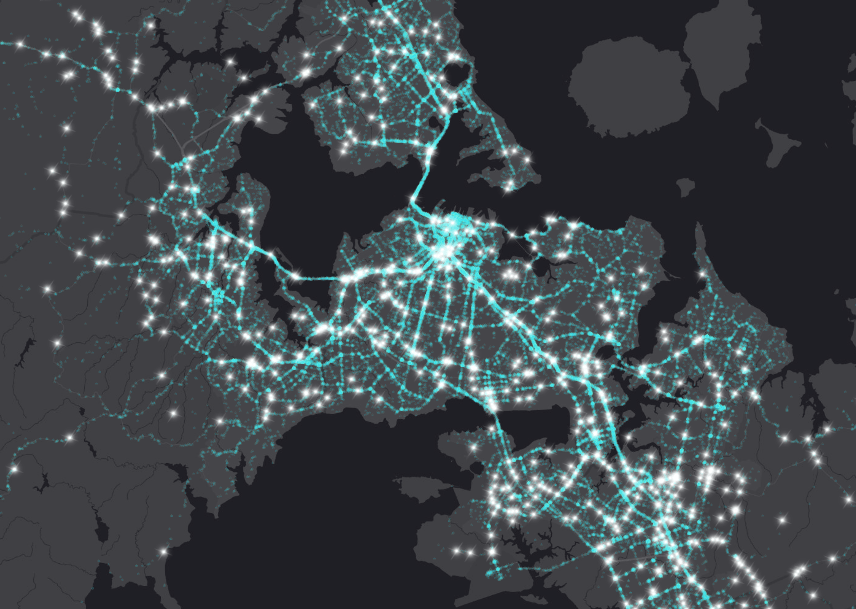 While this looked good, I wanted the stars to be dynamic and stand out more against the blue points underneath. The first thing you may notice is that the rotation of the stars is uniform. I wanted the flares to have different rotations to add variation and make it easier to see when multiple stars were overlapping.

I changed the rotation using elements covered in Part 1, including making sure the symbol property connections are made and using one of the random number fields (X_Offset or Y_Offset) that was added to the table.  Symbol rotation is found under the layers element of the symbology tab. Note that the first part of the symbol is what creates the flare effect. 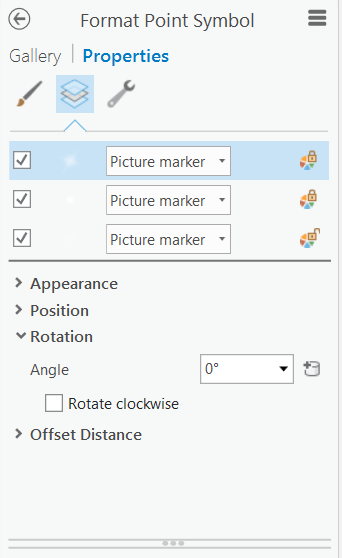 Entering a number directly to this field will change the rotation of all symbols by that many degrees. To create variable rotation for each item drawn,  click on the gdb icon to open the attribute mapping and set the expression to 179*($feature.Rand_X). Why 179 instead of 360? The Rand_X field ranges from -1 to 1, so the maximum range of rotation is -179 to 179 (358 degrees). If the rotation range were -180 to 180, Rand_X values of -1, 1, and 0 would overlap.

The next part included adding colour to the flares. I toyed with several variations and realized, for the depth I wanted, the flare needed to be duplicated and layered in 2 different colours (also to create a unique animation effect which will be covered in later parts of the Blog). Duplicate layer is under the structure (spanner icon) in the symbol editor. 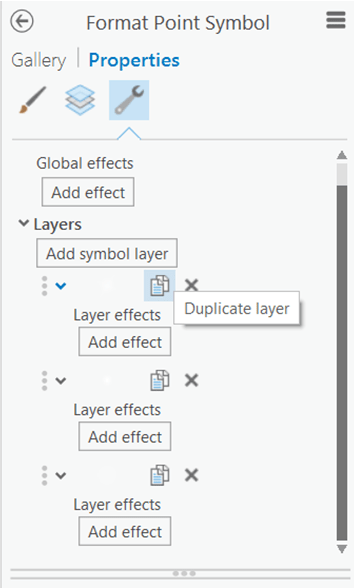 With both layers in place, I return to the layers tab and unlock the colours and open the colour properties. 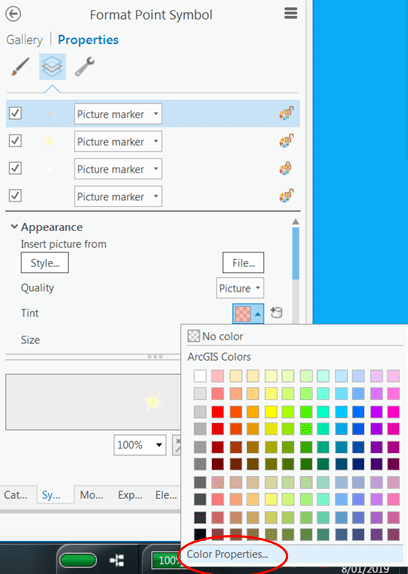 For my final product, I used the following colour settings for the first and second flare (remember to add transparency): 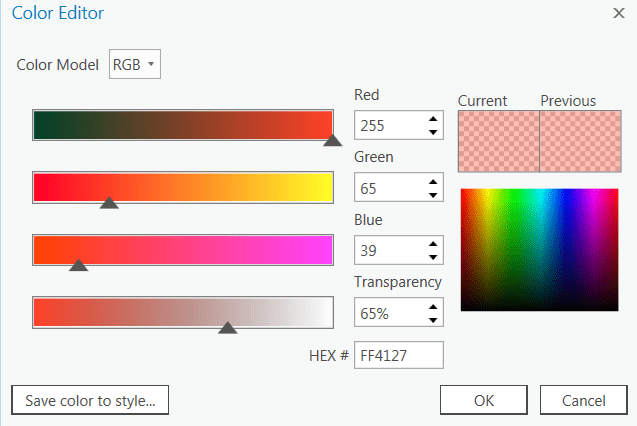 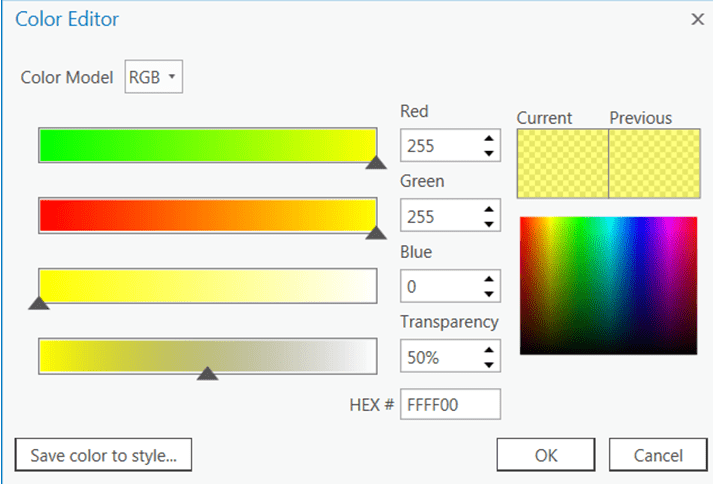 Of-course these setting were personal preference, there were plenty of other combinations that looked great. The last part I changed was moving the 3rd part of the symbol (a small white dot) to the top of the layer structure. This is done by clicking on the vertical ellipsis next to the layer in the structure tab and dragging the layer to the top. 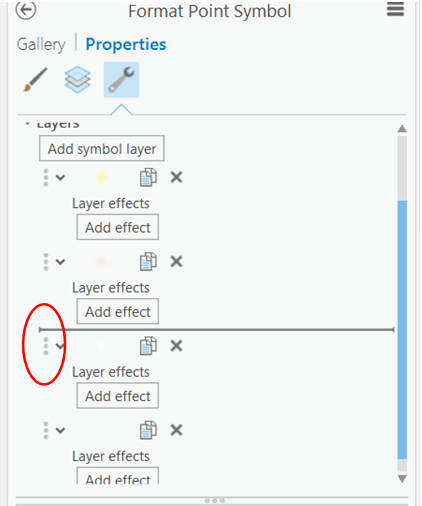 The resulting stars have a white core and hot orange flares.

The next part of this blog will cover the time series animations that were created using the data. This includes tinkering with the size of the symbol layers using random numbers to create a flaring, twinkling effect.