Growing up, I spent a lot of my time building models, dioramas, and train sets; dreaming about taking the craft to ever smaller scales. Flash forward several year, and I purchase my first FDM 3D printer. Naturally, I started pushing the limits of its resolution designing and printing some cool mini’s in the 1:1000 scale range:

Pretty good, however, I knew the precision of the FDM would be a limiting factor for anything more than “impressionist” models. Time warp a couple more years, and I get my first SLA/DLP printer. With an XY resolution of 47 microns (half a human hair) and Z layering to 15 microns (a grain of pollen thick), I would finally be able to get to scales I once dreamed about. I first tested the printer with models  which had failed on the FDM printer.

Promising start, but I more recently decided trying something new; printing an area from the real world. For the first test, I borrowed a raster from one of our coastal projects which has 0.2 meter DEMs. The raster was converted to an .stl file with at a scale of 1:4100 (approximately matching the max XY resolution of the printer). I decided to slice the layers at the minimum thickness (15 microns) to see what I would get. About 4 hours of printing later, and I’m pleasantly surprised with the results:

Considering the scale you’re able to clearly make out the small bumps of the terrain, where streams and washouts are, and even where a hiking trail crosses the area to wind up the hillside. Looking at the layers compared to my thumb print, you can see that several could fit between one groove. 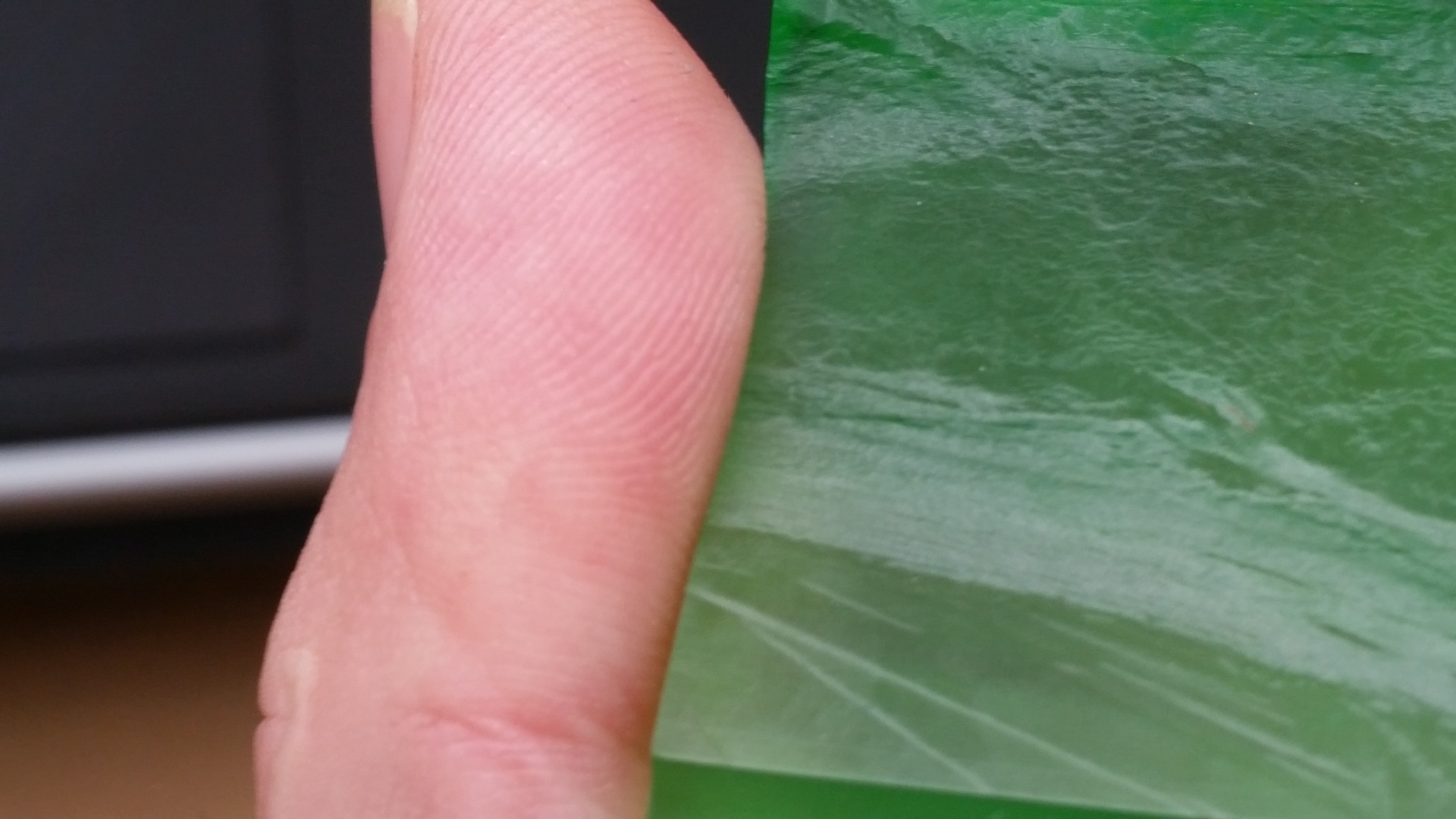 Feeling bold I decide to go a step further. This time, I found a polylayer of Wellington that includes the approximate height and elevation of building, convert it to a 1m DEM raster, and merge it with the 1m Wellington elevation DEM. 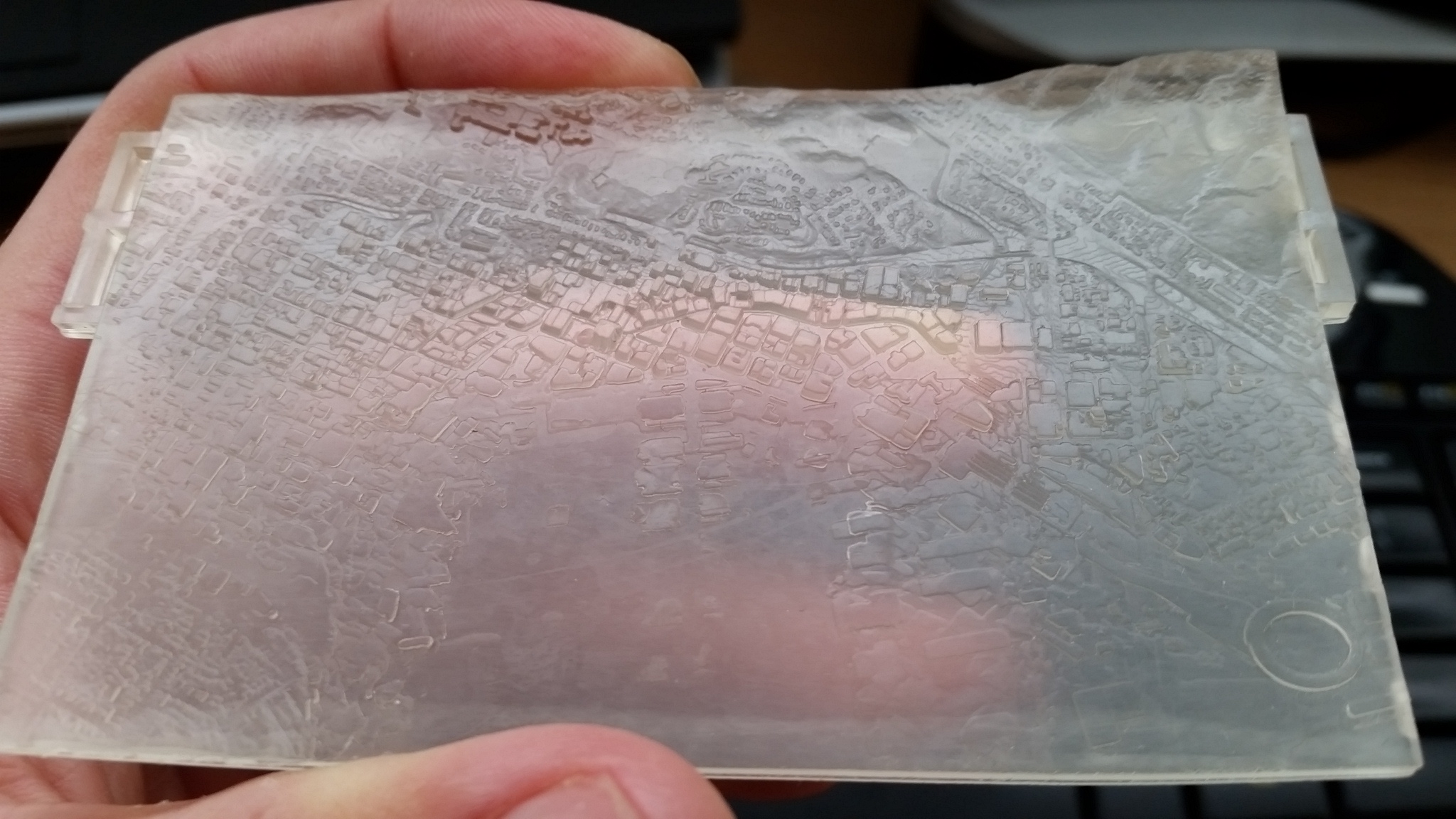 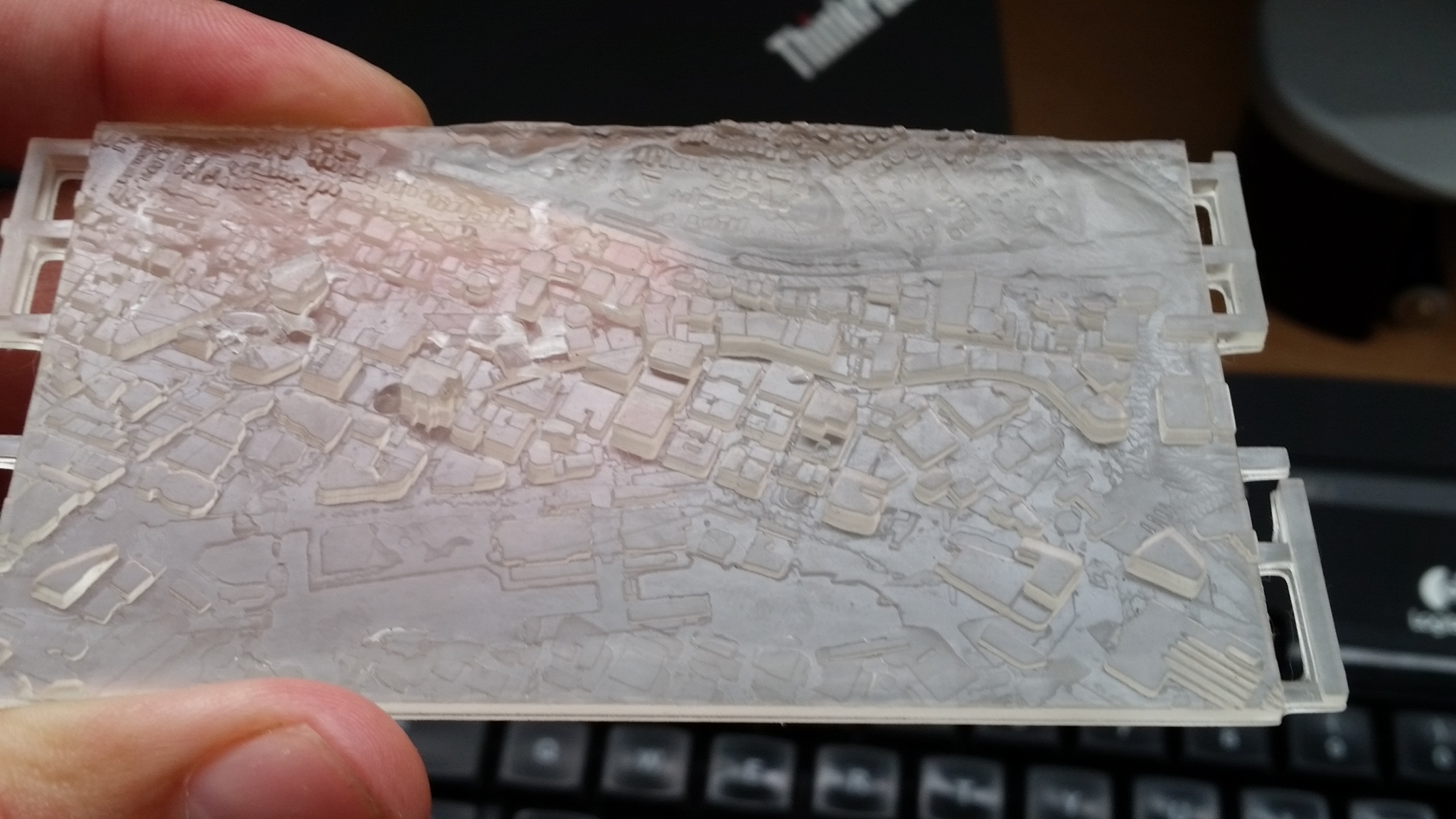 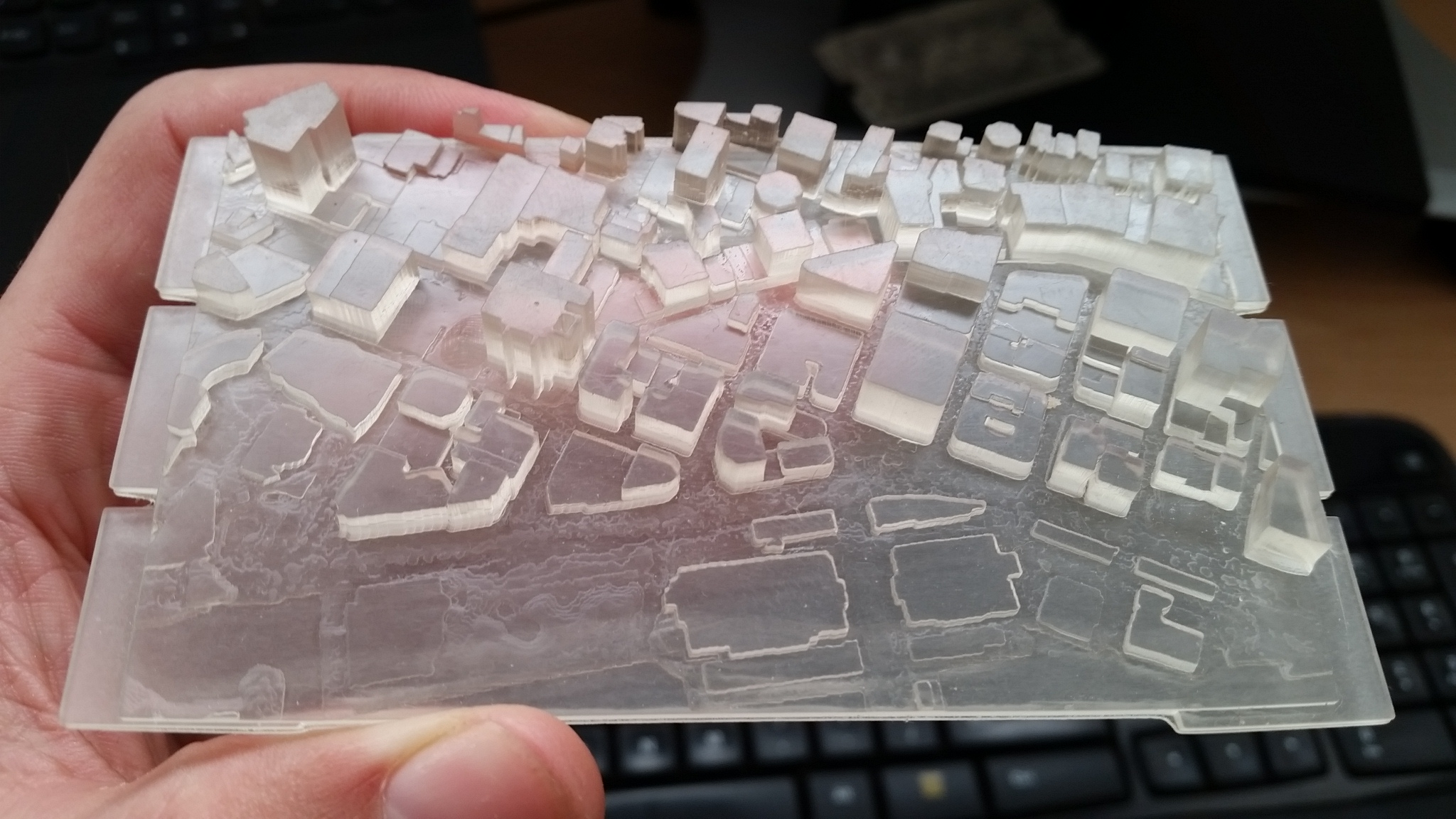 Again, I’m quite pleased with the results. Despite some artifacts de-laminating and attaching to areas they shouldn’t (particularly for the 1:20,000 scale print), the detail is impressive. I was particularly pleased to see the small houses on the hillsides, even at 1:40,000 scale.

Overall, I felt like the test runs were a success. Based on this experience; I’ve ordered in some new printing resins more appropriate for the detail I’m after, and have adjusted the slicing to avoid de-laminating. Until I have new and improved prints to show, I’ll leave this as a parting bonus, the results of the terrain print after some painting and flocking fun. 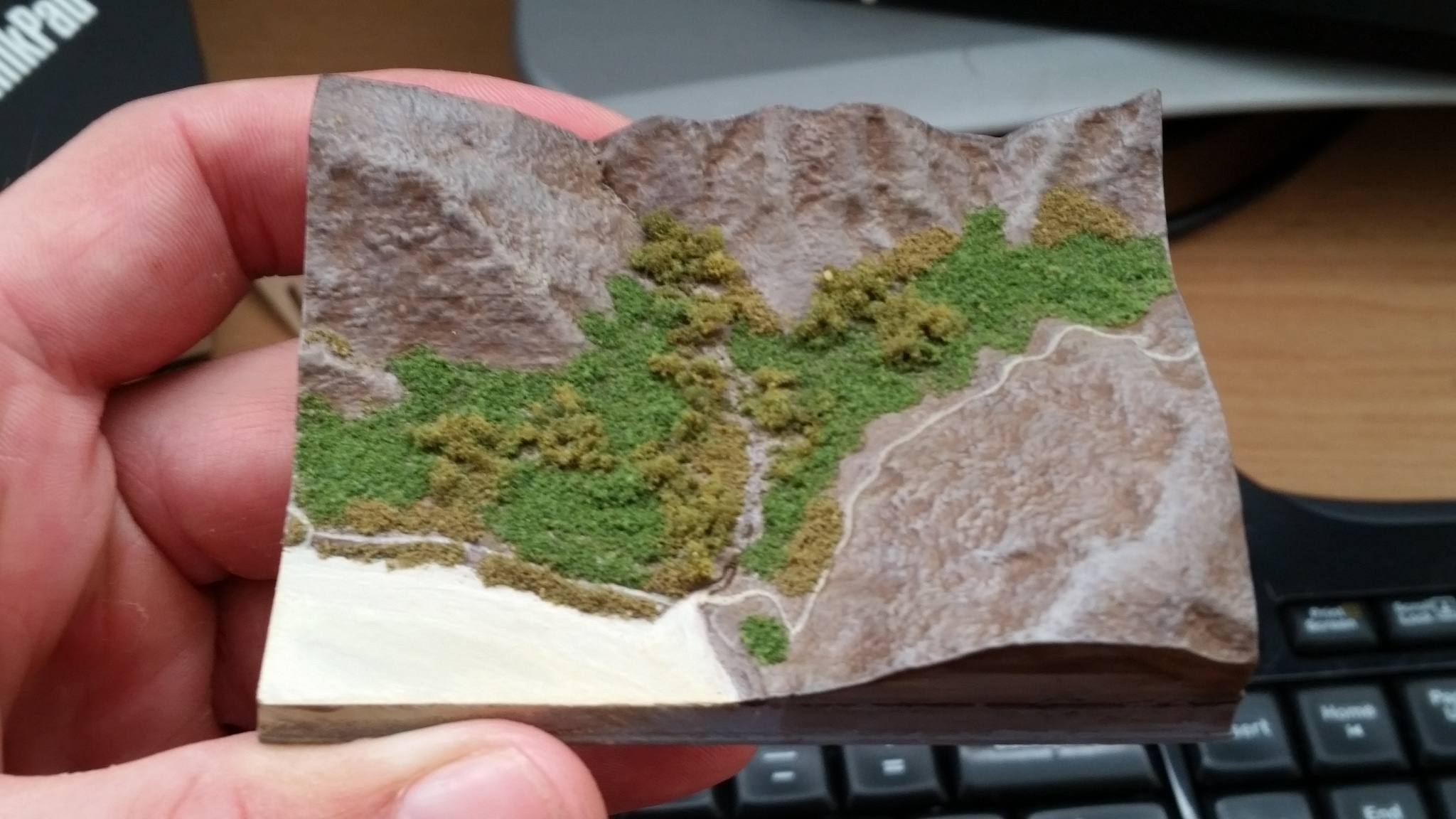 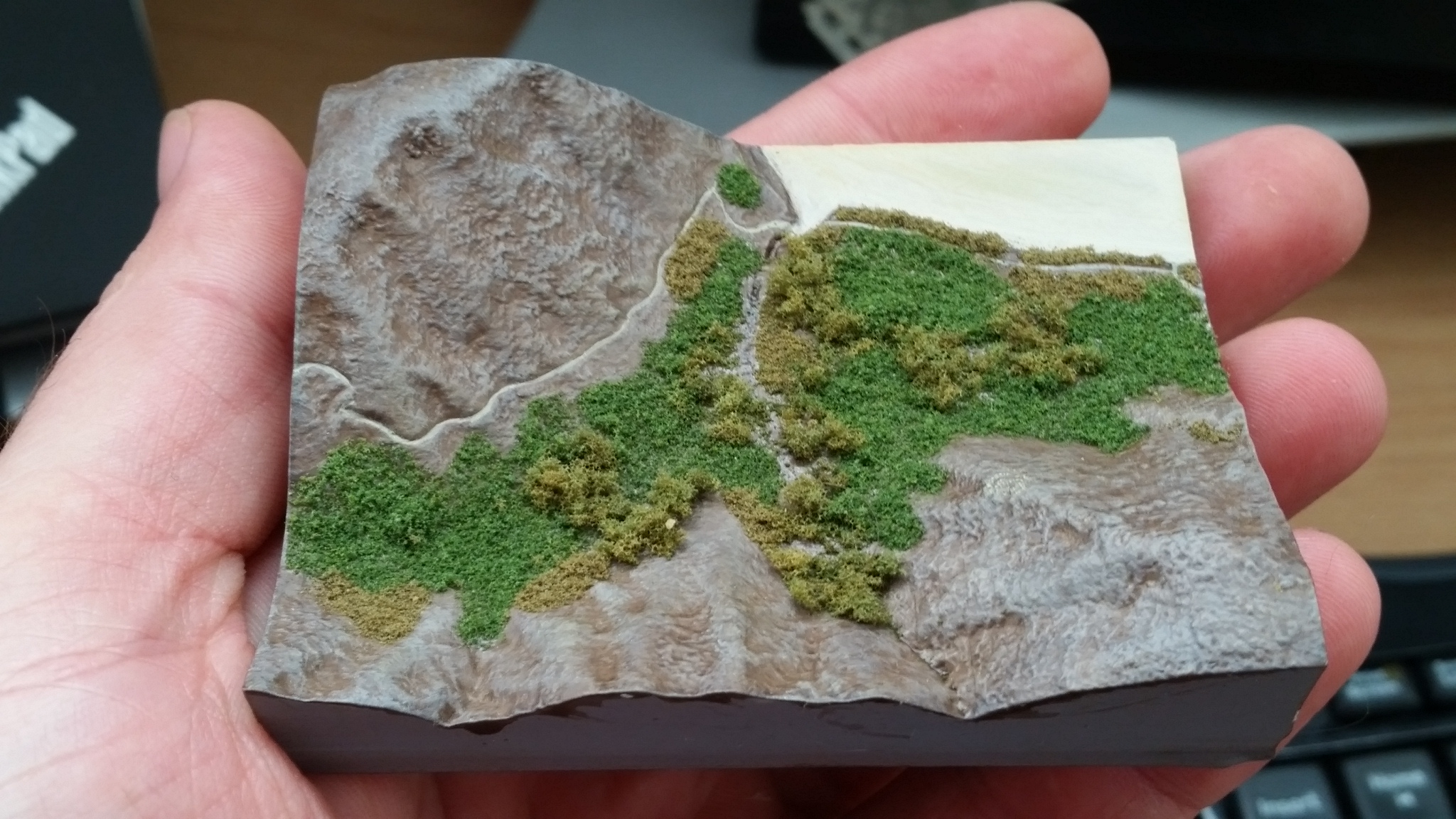